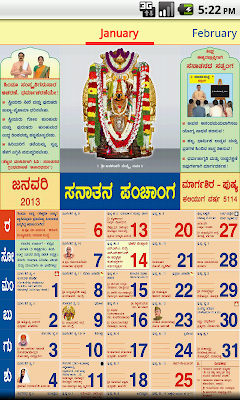 More a picture or an Idol of a Deity resembles the original form of the Deity, more is the Principle of Deity attracted to it. This helps in early awakening of bhav of devotion in the worshipper. Similarly, since the extent of vibrations of the Deity are greater in such a form, the environment also becomes sattvik.

The pictures of Deities published in this Almanac are made by seeker-artists of Sanatan Sanstha as their seva and according to the science of Spirituality under the guidance of H.H. Dr. Athavale (Founder of Sanatan Sanstha). They have appropriately studied the science of vibrations. Therefore, these pictures have become sattvik from the above perspective. The pictures of Deities made by Sanatan have attracted 27 to 29.3% of the respective Deity’s Principle. (Pictures or Idols available in the market normally contain only 1 to 2% of the Deity’s Principle.)

Benefits upon worshipping them :